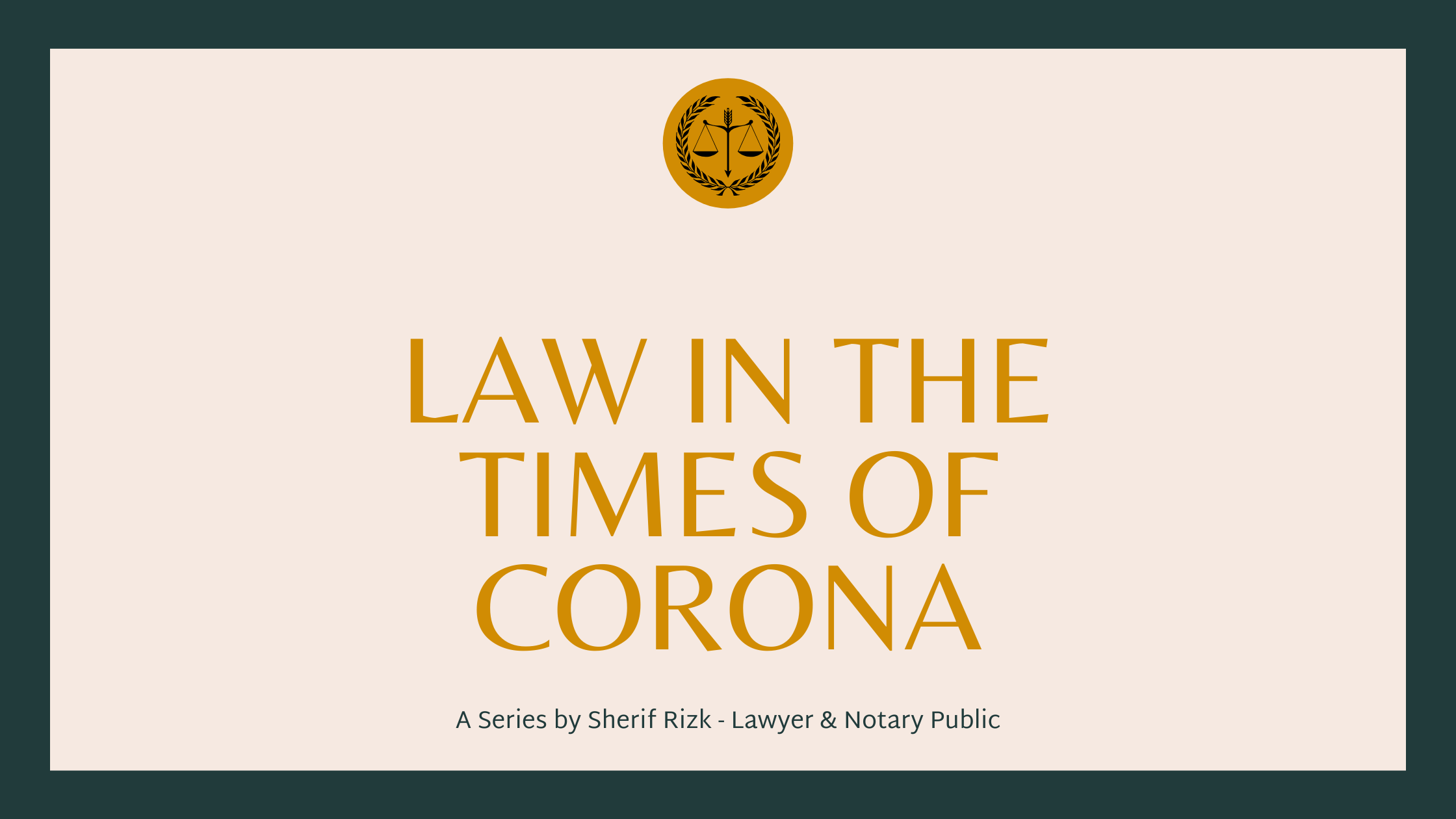 In every situation, no matter how difficult it seems, there is a silver lining.

If that is true, what kind of silver lining awaited a law practice in light of the Coronavirus?

The practice of law was, in my opinion, in need of a wake-up call about its own processes. In some courts, far too many things relied on policies based on “this is how we have always done things”. There was a certain sense of complacency that prevented the adoption of new technologies that could re-write the rule books.

For example – there is the simple notion of “service of documents”. Most people would be surprised about the amount of rules and laws there are about simply delivering legal documents to someone in a court case. The majority of these rules focus on the simple question of whether the documents delivered were effectively brought to the attention of the recipient.

In the “olden” days, it was difficult to know whether a paper document was in fact brought to the attention of the recipient. For example, if you delivered the document by mail, it is possible that the document got lost in the mail, delivered to the wrong person, or the person no longer resides at that address. The rules were constantly being written and adjusted to ensure that a legal document is being effectively brought to the party’s attention.

Surprisingly, the court still operated by these rules from the “olden” days. There was an insistence that documents, regardless of how important, should be printed and hand-delivered. The more important the document, the more likely it was that hand-delivery would be required. Needless to say, the waste in resources (paper and time) was enormous.

Any calls for changes to this system were met with skepticism – mainly about the alternative of sending the documents electronically – or were too slowly implemented. For example, instead of requiring litigants to file paper pleadings, courts began to slowly implement online filing of documents. The system was not very user-friendly, however, and was still perceived to be an “alternative” as opposed to the main method of filing documents. Courts still mandated parties to bring paper copies of pleadings with them at their first court hearing and submit that to the court, in case the electronic pleadings were lost.

What the Coronavirus pandemic did was flip the system on its head. With physical distancing measures in place, and courthouses closed to the public (as well as to lawyers), the old way of doing things was no longer acceptable. Electronic methods had to become the norm, and any resistance to that idea would directly affect the legal industry (and more importantly, access to justice), during the most unprecedented of times in our history.

The opportunity for those who embraced technology was there, and ripe for the taking.

What kind of technologies could there be?

Since starting my own practice in 2018, I have been greatly interested in legal technology and how to implement it in my practice. These technologies may seem superfluous at first, but when you assess the impact they can have on your practice, the benefits start to add up.

A lot of the technologies that I had been implementing at first were mainly aimed at making me more efficient – using time-docketing tools to accurately docket, while also keeping an eye on my productivity and where my revenue sources were coming from. However, as I have learned over the last two years, legal technologies go beyond that – they go into the realm of actually predicting the outcome of your case, using complex algorithms and tracking information that we, as lawyers, simply do not have the time to do (although we would like to, and to some extent, clients expect us to).

At the time of the outbreak of the pandemic, I was just getting into implementing basic technologies to run my practice remotely – secured cloud software, online practice management, and some automated processes. These are things that I consider to be essential to be a firm in the 21st century, and do not make you a pioneer of technology by any means.

When it dawned on me that there are firms out there (some of which I have interacted with on various occasions) that do not have these basic technologies, I began to realize the effect that this pandemic would have on the legal industry.

Lawyers, and courthouses, had begun to realize that the old way of doing things would not be applicable in this brave new world. Legal technologies would have to be implemented to allow the rule of law and access to justice to continue. And those who had already embraced that concept were prepared to chart a new course for themselves and their colleagues in the months to come. I cannot say that I had pioneered anything of value to the legal profession in this new age, but I believe that my embrace of technology was emblematic of a generational shift in the legal industry – one that would have a long-lasting impact on this profession.

But perhaps the most impactful technological development in the legal industry was the normalization of virtual hearings. Their impact on the administration of justice, as well as delivery of legal services, will be the most lasting impact that the pandemic has had on the justice system.

Lawyering, far and away

As a lawyer, I am licensed to practice in all of Ontario – the most populated province in all of Canada. And yet, the location of my practice is mainly limited to the city in which I live. This meant that the success of my business was always subject to the ebbs and flows of my local market; if the local market was saturated with lawyers, this would impact my practice.

Prior to the pandemic, this was an understandable and expected limitation on every lawyer’s practice. Of course, you would meet the occasional lawyer who would flaunt having two or three offices in different cities, and there was always a debonair flair to flaunting such a lifestyle and practice (I once overheard a lawyer tell a colleague in court “Oh I’m only in my Ottawa office twice a month, I’m mainly in my Toronto office in the summer…”). But such a setup was inefficient, and would only be worth pursuing for lawyers with major multinational institutional clients. For the common individual, it wouldn’t make sense to hire a lawyer in another city, unless that person had a specific expertise that the client needed.

Since the pandemic, however, things have changed. The normalization of virtual hearings has removed the need for a lawyer to be in a particular courthouse for a court attendance. In fact, said lawyer could appear in a court across the province while in the comfort of her own home. It also levelled the playing field as far as the technology used for such purposes: courthouses in Ontario adopted ZOOM for virtual hearings, especially once they figured out how to secure the virtual hearing rooms. This meant that anybody with a phone, laptop or computer (regardless of what kind) can join the hearing, instantly.

This has opened up the entirety of the province as a legal market for lawyers. Clients aware of this development can now hire any lawyer of their choosing, in whatever city, and be confident that their lawyer can communicate with them and the court in the same manner as if they were in the same city as the court/client.

The impact that this will have on the legal industry and access to justice is fascinating, and yet to be fully explored. Will this affect the hourly rate of lawyers who are competing for business, or will it drive up the hourly rate for others? Will lawyers downsize their practice by removing overhead expenses such as office rent? Will the notion of ‘virtual law firms’ or ‘eLawyering’ – an option mainly used by new sole practitioners so far – become the norm across the legal industry?

The answers to these questions are still being explored. The legal industry is a unique one in that it has not had to change its ways too much over the course of its history, and yet it has continued to remain relevant and necessary in society. As the pandemic shifts the way we operate as a society, it remains to be seen whether the legal industry will follow suit, or chart its own path.

For those who see this as the way of the future…the opportunities await!